Often we hear that recovery is “Mind, Body, Spirit.” Many people in treatment for substance abuse have long mistreated or neglected their bodies, not to mention their minds and spirits. That said, finding a restorative physical practice can be a vital component of a well-rounded recovery. A good physical outlet will not only help you re-connect with the body you have long abused, but can also help you to burn off steam, manage anxiety, and stay fit and healthy. Read on for one woman’s journey into yoga in early recovery:

I started my yoga journey haltingly, at a few years sober. I liked it but found it hard to practice consistently. Eventually, a day came when I had been changed enough by the 12 steps that I was able to access some discipline and begin a consistent practice. I started to show up to classes at the same studio, several times a week. I found that the teachings of yoga dovetailed beautifully with what I was learning in recovery. I was surprised to learn it was what I had been missing. Many people contend that recovery is mind, body, and spirit and that if we neglect any one of these components, the whole self suffers. Taking care of my body had been missing, in a way. Although I had stopped actively poisoning it and had started to eat better (sometimes), I didn’t feel fit, strong, or comfortable in my body. I didn’t feel at home. 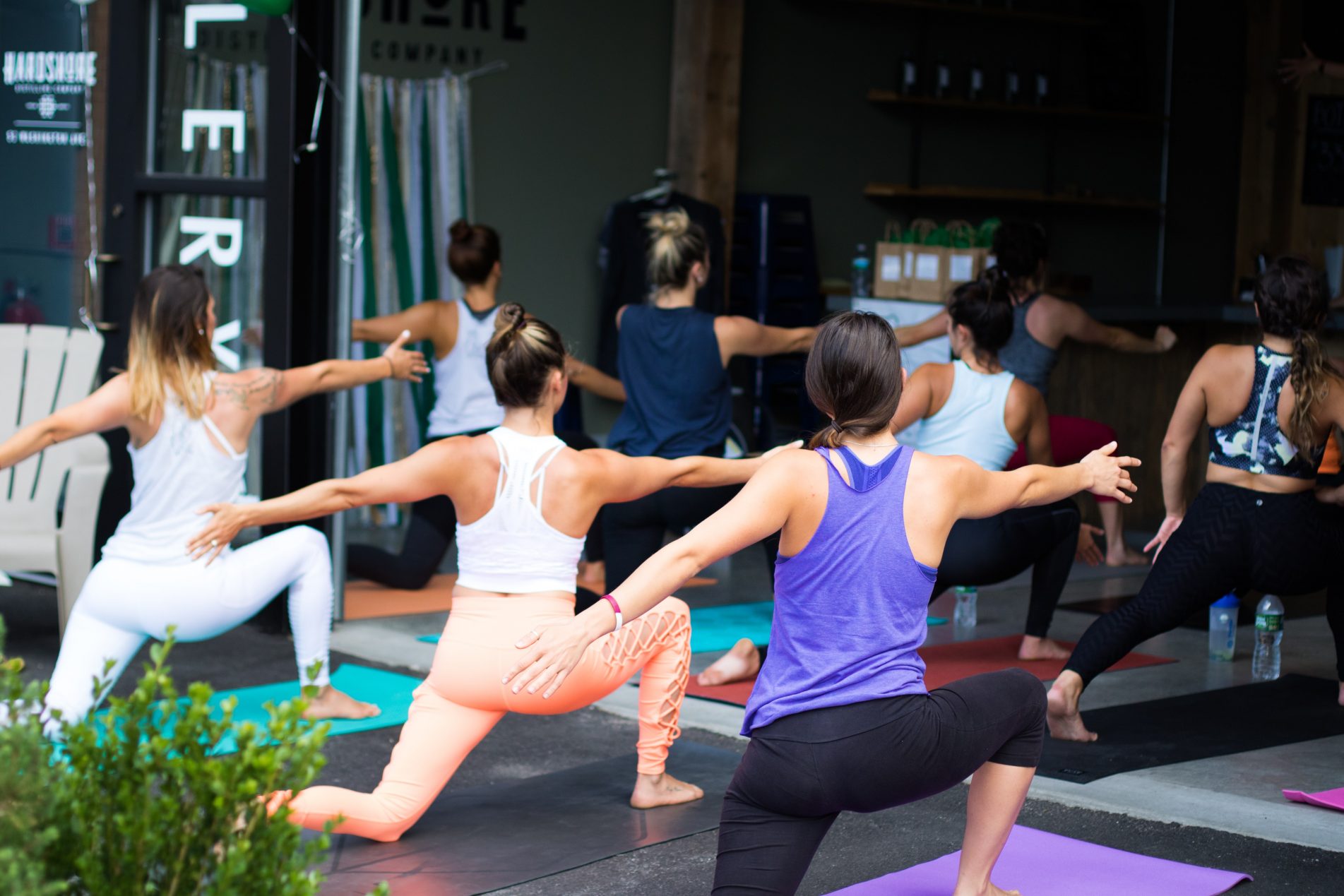 When I started to practice yoga with regularity, one of the first gifts I noticed was that it gave me a framework for discomfort. My teachers assumed some poses would be uncomfortable, and instead of giving me permission to wiggle out of it, I was asked to stay and breathe. This concept changed my life on and off the yoga mat. Out in the world, I was accustomed to simply wiggling out of anything that felt too difficult or uncomfortable. I seldom sat it out, saw things through. And I suffered for it in my sobriety. I felt disappointed and shameful about the unfinished projects, forgotten goals, and relationships that didn’t mature because I didn’t know how to stay when I felt discomfort. I have talked to scores of recovering people who have had similar experiences.

I also was astounded by how my body began to feel different as I tried out new ways of moving. Yoga develops strength and flexibility, and my body wasn’t used to moving in unexpected ways. I would leave the class feeling energized, strong, flexible, and confident. I literally expanded my comfort zone one movement at a time.

Yoga also asked me to become one among many, and simply be a student. I was on a mat with a bunch of other people on mats, and we were all just following directions. There was no special distinctions and no head of the class. Just a bunch of people breathing, sweating, and moving together and somehow leaving feeling more connected and better for it. We weren’t talking, but we were part of something bigger—a bunch of bodies moving, mostly in sync, for around an hour is a powerful statement of unity.

This feeling of togetherness extended into the lobby of the studio, and out into the street. These people became a new community for me—the first I had outside of a 12-step program after getting sober. We had a shared activity that didn’t involve drinking or drugs and I was suddenly part of a new world with deep roots and traditions that spanned continents. In the Big Book of Alcoholics Anonymous, it says “Look to see where religious people are right, make use of what they have to offer.” As I became open to the spiritual philosophies of yoga, I found that the poses and breathing took on a deeper significance too. It became a moving meditation practice, on a prayer mat.

I deepened my connection with my higher power by showing up there, day after day. Yoga taught me to focus in a way I had never been able to access before. As a young kid diagnosed with ADD, I truly thought I was someone who couldn’t focus. It was untrue. In fact, the balancing postures required laser-beam concentration and I found that in time I could bring my whole self and a deep, reverent attention to the movements. It was life-changing. My practice of step 11 was transformed, when I sat down to meditate after yoga class, I was calm, centered, and present in a way that I had only read about.

I often leave the practice feeling the same way I do when I leave a 12-step meeting: energized, alive and just a bit more free than when I arrived. There are a million roads to God and towards the vital connection with a higher power that we so desperately need to be free from our compulsions. Yoga is but one—the only way to find what works best for you is to try some stuff out. Namaste and Good Luck!

GET HELP
It's not the end. It's the beginning.
VERIFY INSURANCE
GET MORE INFO
Anxiety in America is Skyrocketing
A Team You Can Trust: Meet Our Staff
Is a Sober Living Home Right for You?
Jump for Joy: Mental Health and Your Workout
How to Build a Meaningful and Intentional Morning Routine
In Sickness and In Health: Can You Get Sober When Your Partner is Still Using?
Is CBT Beneficial During Addiction Treatment?
How to Stay Sober Long-Term
Is it Dangerous to Withdrawal from Benzos?
What Is Cognitive Behavioral Therapy?
Choosing the Right Scottsdale Treatment Center
May Is Mental Health Awareness Month
An Overdose Every 5 Minutes in America: The Latest OD Stats are Staggering
The Family’s Role in Addiction Treatment
What is EMDR and Can it Help You?
Signs a Loved One May be Addicted to Pills
Stages of Withdrawal
Managing Co-occurring Disorders in Recovery
What Does Evidence-Based Rehab Treatment Mean?
Mental Health Outlook Remains Grim Post Pandemic