Is it Dangerous to Withdrawal from Benzos?

Benzodiazepines—often known as “Benzos”—for short, is the class of drug that includes Valium, Xanax, and Klonopin, among others. These act as central nervous system depressants that work by slowing brain activity, and are generally prescribed to treat alcohol withdrawal, anxiety, panic attacks, and seizures.

While they may seem innocuous, withdrawal from this class of drugs can be extremely uncomfortable and even dangerous. Read on for more…

When people take benzodiazepines for more than a few months or in large doses, their brains become dependent on them. People may experience anxiety, panic, hallucinations, and/or seizures once they are suddenly stopped or curtailed. As such, signing up for a medical detox program is the safest option when deciding to treat a benzodiazepine addiction.

While benzodiazepine withdrawal is rarely life-threatening, it is best handled through medical detox, which can provide both physical and mental health assistance and supervision.

Benzodiazepines are central nervous system depressants, generally used to reduce anxiety, panic, and stress-related brain activity. They are also used to treat sleeping disorders, muscle tension, and seizures. While they are prescribed prolifically, they are also frequently abused or misused for non-medical reasons. 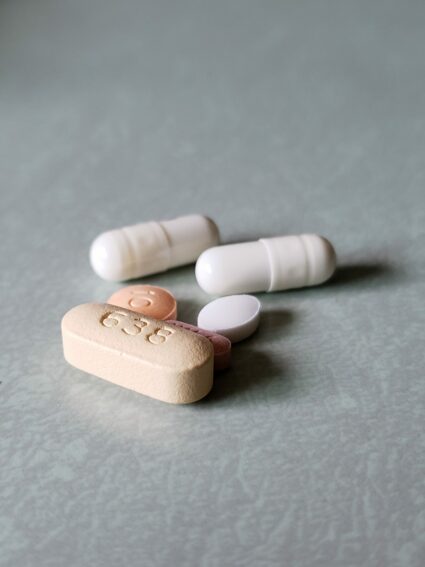 The “fight or flight” response is triggered when the body is stressed, elevating heart rate, body temperature, and blood pressure. By boosting the interaction of the inhibitory neurotransmitter gamma amino-butyric acid, or GABA, inside the central nervous system, benzodiazepines slow down all of this activity, calming the system and relaxing the body and brain. According to the National Institute on Drug Abuse, benzodiazepines have the additional impact of deregulating dopamine production, resulting in more “pleasure cells,” which may increase the addictive potential of benzos.

When benzodiazepines are used for prolonged periods and/or in high doses, the brain may become reliant on the drugs’ effects.

When they’re gone, the brain’s GABA and dopamine levels drop, which can cause a rebound. This rebound effect frequently includes the reemergence of symptoms that the medications were treating, and these symptoms may be more severe than before.

Withdrawal symptoms can include both physical and psychological side effects, both of which can be quite severe. As a result, abruptly discontinuing a benzodiazepine drug without medical assistance is not suggested and may be harmful.

Supervised treatment in a reputable rehab clinic will include pharmacological and psychological techniques to ensure that each individual is safe and well cared for during detox.

Depending on the type of benzodiazepine and its half-life, withdrawal can begin anywhere from a few hours after the last dose to several days later. The half-life of a drug is the time it takes for it to leave the bloodstream. Short-acting benzos like Ativan (lorazepam) and Xanax (alprazolam) have shorter half-lives, while intermediate benzos like Klonopin (clonazepam) and long-acting benzos like Valium (diazepam) have longer half-lives.

Withdrawal symptoms might vary in duration and intensity, which may be directly connected to the degree of dependency. Someone who takes benzodiazepines for a longer period and in bigger doses each time, for example, is more likely to get addicted to them.

Early, acute, and protracted withdrawal are the three stages of withdrawal, however not everyone will go through each one. Although withdrawal side effects include both physical and emotional symptoms, benzodiazepine withdrawal is often regarded to be more psychological than physical. Early withdrawal is the earliest stage of withdrawal, and it can persist up to a week after you stop taking benzos.

The brain may experience the rebound effect during this early withdrawal period, resulting in increased tension, panic, and worry, as well as sleeping difficulties. Mental fuzziness and “foggy brain” symptoms are also frequent.

Acute withdrawal can occur as soon as a week after discontinuing a benzodiazepine drug, and can last as little as two weeks or as long as several months.

Prolonged withdrawal is considered to affect less than 15% of those who are in benzodiazepine withdrawal. After discontinuing a benzo, prolonged withdrawal might last months or even years. Anxiety, depression, and cognitive and memory impairments are among the symptoms, as are certain physical symptoms such as muscular spasms or electric sensations in the limbs.

To successfully manage these symptoms, it’s advised to get the help of a trusted medical professional.

At Scottsdale Providence, we believe detox is just the beginning. To stay stopped and find a happy, successful way to live, treating the underlying causes of addiction is essential. That’s where we come in. Get in touch to learn more.

GET HELP
It's not the end. It's the beginning.
VERIFY INSURANCE
GET MORE INFO
Anxiety in America is Skyrocketing
A Team You Can Trust: Meet Our Staff
Is a Sober Living Home Right for You?
Jump for Joy: Mental Health and Your Workout
How to Build a Meaningful and Intentional Morning Routine
In Sickness and In Health: Can You Get Sober When Your Partner is Still Using?
Is CBT Beneficial During Addiction Treatment?
How to Stay Sober Long-Term
Is it Dangerous to Withdrawal from Benzos?
What Is Cognitive Behavioral Therapy?
Choosing the Right Scottsdale Treatment Center
May Is Mental Health Awareness Month
An Overdose Every 5 Minutes in America: The Latest OD Stats are Staggering
The Family’s Role in Addiction Treatment
What is EMDR and Can it Help You?
Signs a Loved One May be Addicted to Pills
Stages of Withdrawal
Managing Co-occurring Disorders in Recovery
What Does Evidence-Based Rehab Treatment Mean?
Mental Health Outlook Remains Grim Post Pandemic