Anxiety in America is Skyrocketing

For the first time ever, a panel of US experts is urging those under 65 across the country to get screened for anxiety.

The draft recommendations come from the U.S. Preventive Services Task Force, an influential group of medical experts, and were created to help physicians spot the signs of an anxiety disorder through questionnaires and other screening tools.

Anxiety disorders are often missed, and according to one study cited by the task force, found the average time to obtain treatment for one was a jaw-dropping 23 years.

Anxiety in the Pandemic 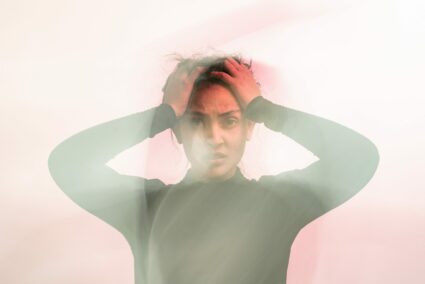 According to the World Health Organization, the global prevalence of anxiety and depression increased by 25 percent during the first year of the pandemic, By the end of 2021, the WHO reported, “the situation had somewhat improved but today too many people remain unable to get the care and support they need for both pre-existing and newly developed mental health conditions.”

The guidance comes at a critical time. While there has been much attention given to the shocking impact of the pandemic on the nation’s mental health—especially for younger people—little has been done to address it.

According to the Anxiety and Depression Association of America, 40 million adults in the United States experience one or more of these conditions annually, making them the most prevalent mental diseases in the country. Antidepressant or anxiety drugs, psychotherapy, particularly cognitive behavioral therapy, as well as different relaxation, mindfulness, and desensitization techniques are all possible forms of treatment, according to doctors.

Some doctors acknowledge the urgency of the anxiety crisis. Mahmooda Qureshi, an internal medicine physician at Massachusetts General Hospital, told the Washington Post that additional support for patients suffering from depression or anxiety will help. “After 2020, it’s the rare patient who is not anxious,” said Qureshi, who noted that she now routinely asks patients, “How’s your stress?” “We have found that when it comes to mental health, if we don’t ask, often we don’t know.” 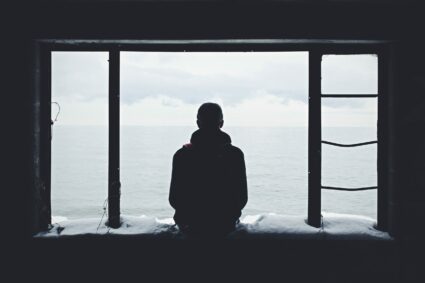 Indeed – we are living in strange and stressful times. We emerged from long stretches of pandemic isolation to a world more fraught than ever with polarization, isolation, social and political tension, structural racism, and an economy that looks suspicious. Compounded by the surging rates of substance use and binge drinking, many people have been through the wringer. Rather than accepting these harrowing conditions as some kind of hellish “new normal” – tools like cognitive behavioral therapy and mindfulness can help. Not only can they offer support and help patients make sense of trying, traumatic times, but they can also offer a framework to get through other stresses that may show up at work or in family life.

At Scottsdale Providence, we are big believers in giving people the support they need. We offer a range of cutting-edge modalities and compassionate, experienced staff here to help people with whatever they are going through. Get in touch today to see how we can support you or a loved one.

GET HELP
It's not the end. It's the beginning.
VERIFY INSURANCE
GET MORE INFO
Can You Be Addicted to Shopping?
The Science of Gratitude
Is Neurofeedback Therapy Right For You?
How to Survive the Holidays Sober
Everything You Need to Know About Seasonal Affective Disorder
How to Know it’s Time for Rehab
More Than a Feeling – Why Gratitude is the Cure for What Ails You
Life 101: Going Back to School in Recovery
Anxiety in America is Skyrocketing
A Team You Can Trust: Meet Our Staff
Is a Sober Living Home Right for You?
Jump for Joy: Mental Health and Your Workout
How to Build a Meaningful and Intentional Morning Routine
In Sickness and In Health: Can You Get Sober When Your Partner is Still Using?
Is CBT Beneficial During Addiction Treatment?
How to Stay Sober Long-Term
Is it Dangerous to Withdrawal from Benzos?
What Is Cognitive Behavioral Therapy?
Choosing the Right Scottsdale Treatment Center
May Is Mental Health Awareness Month