An Overdose Every 5 Minutes in America: The Latest OD Stats are Staggering 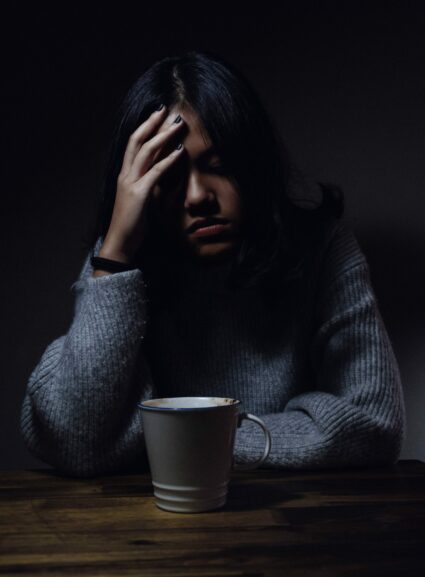 For the last few years, we’ve kept a close eye on the annual overdose stats and faithfully reported what we have observed. Each year in America, the deaths associated with ODs rose, surpassing the deaths from AIDS, car crashes, and guns at their peaks. While we witnessed a brief bright spot in 2018, the pandemic threw fuel on the fire and seemingly contributed a host of additional accelerants to the overdose crisis—increased loneliness, isolation, and insecurity, plus decreased availability of healthcare and support services.

The most recent overdose stats in America were released last week and we are saddened to report that the number of fatal ODs in America rose again last year. The data, compiled by the CDC using the previous year’s collated reporting, indicated a 15 percent increase in deaths from overdoses in 2021.

While shocking, these numbers are more horrific when you consider the baseline set by previous years’ overdose deaths was also incomprehensibly high: 2021’s nearly 15 percent increase followed a much more dramatic rise of almost 30 percent in 2020.

At the heart of the crisis are cheap, easily available drugs with unprecedented potency and lethality. Overdoses involving synthetic opioids — mainly fentanyl — grew to 71,000 from 58,000, while those linked to stimulants like meth, which has evolved in recent years to a new height of terribleness, increased to 33,000 from 25,000.

Behind some of these devastating figures is innocence. As fentanyl and meth are white powders, they can be easily combined with other drugs, increasing their effect to a deadly level. That means a once-off Xanax at a party could lead to an untimely death for someone who hardly dabbles.

“The difference in what we’re seeing now is not how many people are using,” Dr. Anne Zink, the chief health official in Alaska told the New York Times, whose state saw the largest overdose death spike, according to the new data.

Instead, the problem is supply-side. Many experts around the country note the sheer amount of drugs on the market. As we’ve reported in the past, fentanyl is easy to make, cheap to ship, and less difficult to traffic than other drugs. Its strength and non-uniform formulations make it an unwieldy adversary, as even a tiny discrepancy in quantity can spell the difference between a usual dose and a fatal one.

According to a recent study, illicit pills seized by the DEA and marketed as OxyContin, Xanax, or Adderall now contain fentanyl. Fentanyl’s bruising market share may also explain the surge in ODs among teens, who are often unseasoned drug users and less likely to use drugs intravenously.

While drug deaths killed almost a quarter as many people in America as the COVID-19 pandemic, the issue got far less press and attention.

Thankfully, there is help for people who are looking for a solution.
Solid, long-term recovery is dependent upon treating the underlying causes and conditions. At SPRC, we specialize in treating the root problems that exist while giving people a foundation to carry them long into their future. In this way, we hope to see a decrease in the overdose rates in America in the upcoming years.

We offer PHP, IOP, and Evening IOP. Our therapists work with you to identify your goals and develop a program that fits you. Our comprehensive addiction treatment program includes individual and group therapy, psychiatric care, and 12-Step Facilitation. The clinical foundation of our program is in Interactive Journaling, an innovative experiential modality that puts the client at the center of their change process. Our expert treatment team blends CBT, Motivational Interviewing, DBT, Acceptance and Commitment Therapy, Narrative Therapy, EMDR, Neurofeedback, and Occupational Therapy to promote long-term recovery. Psychiatric care, case management, discharge planning, acupuncture, yoga, and fitness all make up a truly comprehensive treatment experience.

GET HELP
It's not the end. It's the beginning.
VERIFY INSURANCE
GET MORE INFO
Is it Time for a Screen Detox?
New Year, New You? How to Make Resolutions That Stick
Home for the Holidays: Advice for Dealing with Difficult Families
What Is Unique About Scottsdale Providence Recovery Center?
Can You Be Addicted to Shopping?
The Science of Gratitude
Is Neurofeedback Therapy Right For You?
How to Survive the Holidays Sober
Everything You Need to Know About Seasonal Affective Disorder
How to Know it’s Time for Rehab
More Than a Feeling – Why Gratitude is the Cure for What Ails You
Life 101: Going Back to School in Recovery
Anxiety in America is Skyrocketing
A Team You Can Trust: Meet Our Staff
Is a Sober Living Home Right for You?
Jump for Joy: Mental Health and Your Workout
How to Build a Meaningful and Intentional Morning Routine
In Sickness and In Health: Can You Get Sober When Your Partner is Still Using?
Is CBT Beneficial During Addiction Treatment?
How to Stay Sober Long-Term