The Undeniable Power of Connection 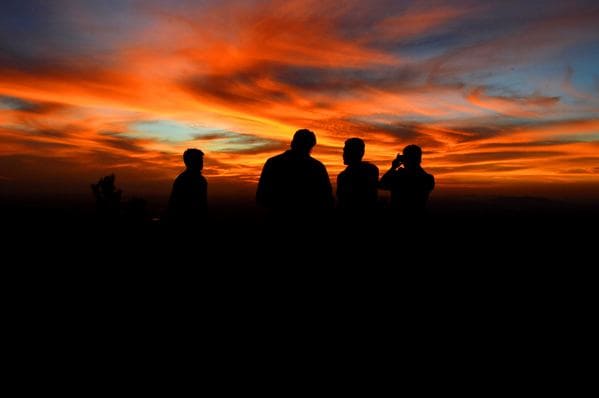 The Undeniable Power of Connection

“The opposite of addiction is not sobriety. It is connection.”

A chilling thought occurred to me the other day: there was a time, near the end of my drinking career, that if some horrible circumstance were to befall me and I died suddenly—that it would be a long, long time before anyone who knew me or loved me found out about it.

At that point, my aloneness was immense. I was not connected to anything good or true. I was a long way from where I came from, using a fake name, and would regularly disappear for weeks at a time. What’s more than that, even when I was with people I knew and loved, I could no longer connect with them. I couldn’t feel their love, and couldn’t offer them mine.

When I began drinking, anonymity and oblivion were not my main objectives. They were weird byproducts of living in that strange, distorted world of addition, where slowly but surely we trade our values and our very selves to continue to pursue a life that oddly isn’t even working for us anyway.

When I began drinking, without knowing it, I was actually in search of the opposite of all of that: connection. My first experiences with alcohol and drugs were damn near spiritual experiences. Suddenly, out of nowhere, people that had seemed intimidating and scary were suddenly friendly and welcoming. I felt free of the anxiety and crippling self-consciousness that had dogged my teenage years. It was as if someone had flipped a light switch, and the world was suddenly less hostile. Out of nowhere, I could dance. I felt part of this world and as if I actually belonged in it.

The longer I drank and used drugs, the less frequently I found this feeling of sublime togetherness. More and more, I found myself behaving badly and alienating people. When it wasn’t something I had done drunk, my general selfishness and lack of relationship skills drove people away. Or when a relationship got even slightly difficult, I would hit the road. The longer I drank, the more disconnected I became. I would sit, mired in loneliness, longing for happy days gone by—but the way I knew to get to connection—drinking and using, had stopped working. When sober, I was more uncomfortable and awkward than ever, but now also dogged by shame and regret over what my life had become.

When I finally entered a 12-step fellowship, I was as isolated as is possible. I felt extremely doubtful when I heard people in my group say that here I would make lifelong friends and find connections that would serve as a very lifeline. Who would want to be friends with these people anyway?

Many years later, I can honestly report that I’ve found what they promised and more. I have profoundly satisfying friendships with people who have survived the same shipwreck and understand me as few could. More importantly, I regained my ability to connect. What had been so long missing for me was the capacity to be present and available to the people around me. I was lost in a hell of my own making, and could not get out, no matter how desperate my desire. I couldn’t cross the bridge to genuine interest in how someone else was doing, because I was so obsessed with how I was doing. I had very little to offer.

One day at a time, I found the fellowship, and in so doing, I found myself. I discovered that I could start very small. I learned how to make polite conversation while washing the coffee cups after a meeting. I practiced being a friend through repeatedly showing up to meetings, and re-learning basic skills like trustworthiness, compassion and humor.

After many years, I have come to regard the fellowship as a rather odd extended family. There is the quirky aunt or uncle, of course, but on the whole, I feel surrounded by the loving arms of something big, and good and kind. Many, many times I have entered a meeting in despair, only to find members of my group laughing with joy and ease and trust that everything will be ok.

One day, after losing my job, I walked up to a group of guys in my homegroup and told them the bad news. Much to my surprise, they broke out in applause. They knew what I had forgotten: that somehow or another, things work out, and if we stick together, we can thrive no matter the storm. And we can do it joyfully.

The fellowship offered me a road back to humanity, after living scared and alone for so long. It offered me a gentle, steady guidebook on how to live free, a day at a time. More than any of that, it showed me that my higher power is alive in other people, and that they need me as much as I need them.


Verify Insurance Get More Info
We will contact you and find the help you need.
What would you like information about?